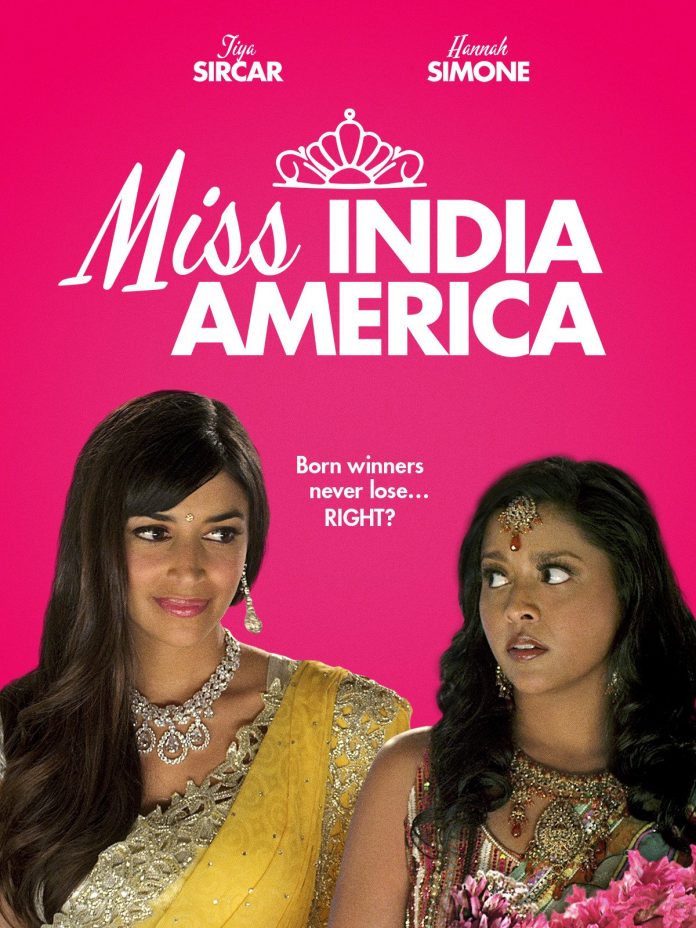 HNS had the chance to talk with the star of Miss India America, Tiya Sircar. Read the interview below! 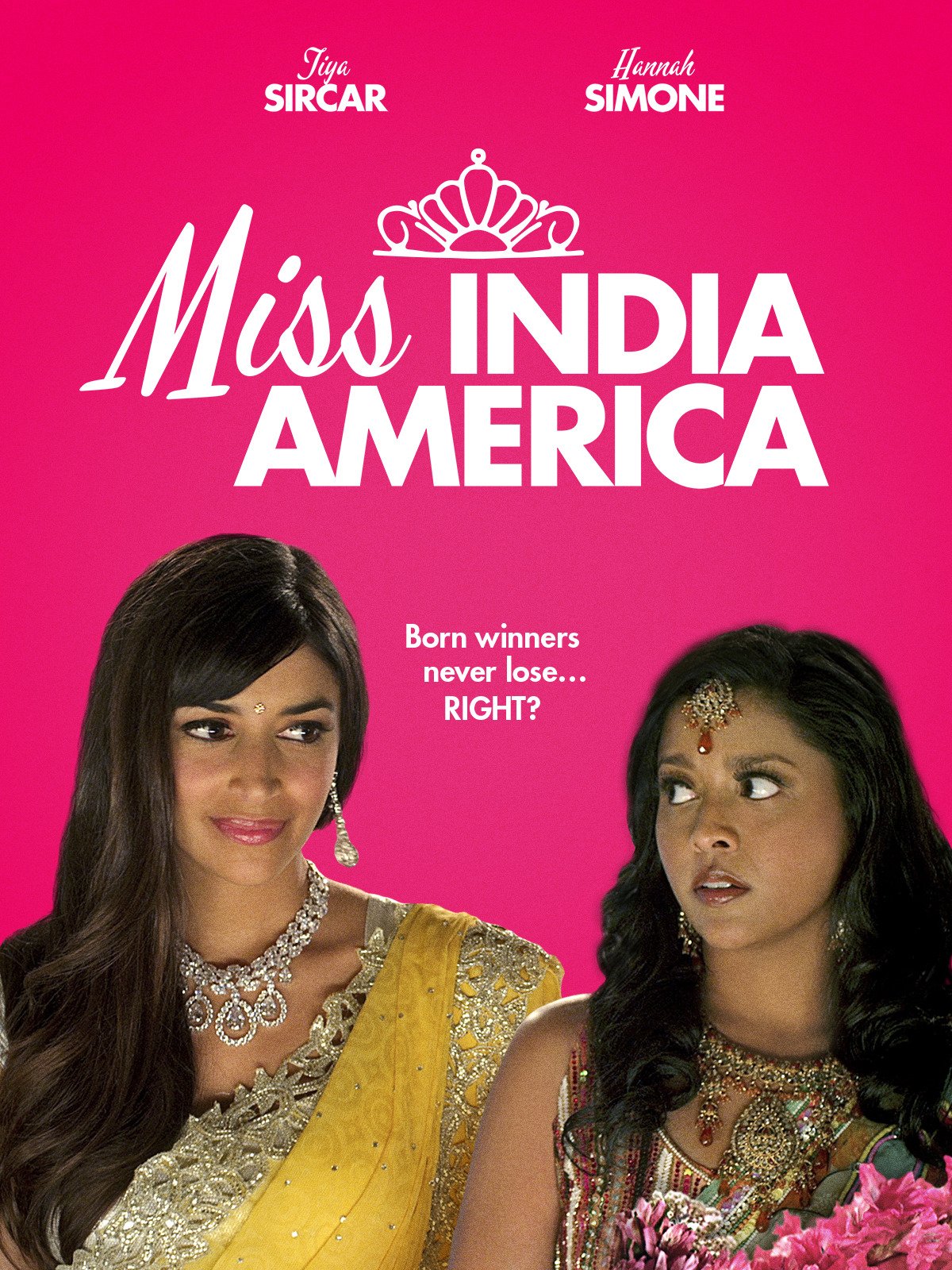 In Miss India America you play Lily, a smart young woman who has a sturdy plan for the future, but it’s knocked off course when she enters a pageant. In what ways are Lily and you similar? If at all.

Tiya: I would say that I also have that type-A personality. I definitely relate to her drive to succeed and excel; I don’t like to be bad at things. I find it very frustrating which is why I don’t play sports. I’m bad at them! I relate to her in that respect. I wasn’t Lily growing up, and I’m sure my parents would have loved for me to be more like Lily as far as school’s concerned. And as far as being a neurosurgeon is concerned as well. I definitely related to her with that need to excel. But I would say, I like to think, I’m a little more well rounded and more of a people-person than she is.

I read that you danced as a young kid, so it seems you are well rounded. Does Lily have any dance skills at all in the movie?

Tiya: Lily, yeah. It’s part of the course with Indie-American kids. As Indie American girls we’re expected to excel in academics but also dance, sing, playing at least one instrument, or playing a sport. So Lily, there’s a scene where she goes visit Seema in her dance class and the dance instructor says ‘Lily, when are you coming back to class?’. She was definitely a part of that, just like me. I grew up going to all sorts of dance classes, piano lessons, figure skating classes, musical theatre classes, acting classes. Lily used to be in dance class, then when she gets a little older, I think she decided she was too focused on school and her plan to become a neurosurgeon. So it did not serve that plan, so she decided to stop.

You’ve appeared in a lot of TV shows and movies. At the top of your head, which was your favorite to film and why?

Tiya: That’s hard because there’s been a lot that I’ve enjoyed very much. Well, Miss India America, I feel such a connection to this role from the moment I read the script for the first time. For getting to play Lily was a really special experience for me. As far as a whirlwind of experience, I worked on this movie called ‘The Internship’ with Vince Vaughn and Owen Wilson. I consider those two guys masters of their craft and to get to do comedy with Vince Vaughn and Owen Wilson, it was just a dream come true. That was just such a fun shoot and many costars I’m friends with still which is really nice.

So would you consider comedy as more your forte, acting-wise?

Tiya: I love comedy and have always gravitated towards comedy. Even from a young age I have always loved to make people laugh. When I was a kid I used to tell jokes at family parties and do impressions and do gags. I’ve always enjoyed entertaining people and making people laugh. I think comedy comes most naturally to me. But I also love to do drama, and I also love to challenge myself and get out of my comfort zone. If I had to my way, I would continue to do both for a long, long time.

Besides acting onscreen, you also do voiceovers, for Star Wars in particular. Do you prefer to be in front of a camera or behind a microphone?

Tiya: They’re so different. As far as voice acting, I’ve only been doing that for a few years and I feel like, of course I have a lot to learn. You should always continue to learn as far as being an actor goes. There’s always more to learn. I can’t say that I don’t learn on the other end of things. Voice acting, I was thrown into that world. I’m so in awe of my costars and their talent. That’s been a very crazy ride as far as getting involved in voice acting. I love them both so much and they’re so different! They use different sets of skills and different challenges as well. To emote by only using your voice is a whole different world than acting which I’ve bene doing for a long time. They’re both challenges and they’re both super gratifying. I love doing them both for different reasons.

Besides acting, what do you like to do when you have free time?

Tiya: I love to travel. Traveling is top on my list. My parents were great. They were world travelers and traveled with me and my older sister. I think I took my first international trip when I was 6 months old. They kind of instilled this wanderlust in me from a very early age. Traveling to me is super important. It’s hard with an actor. Being an actor in LA, we don’t have a lot of time to go on these international trips. But whenever I can, I try to go to somewhere new. I love to dance and I don’t get to dance as much as I used to growing up which was a big part of my life. But dancing, anytime I can, I love to dance. I love to eat! I love cooking which for some reason people find surprising which I don’t know is an insult or not. I love to cook and I’m not terrible at it. I think I’m a pretty good cook, and my mom is a really good cook. Which I hopefully inherited some of her cooking abilities. I live in LA, so there’s so much amazing food and cuisine from different cultures. There’s no shortage of incredible pockets of places to explore. So I do a little of that in LA.

Is there a dish that you like to make? Because I can’t cook at all, so props to you that you can!

Tiya: Thank you! I try and cook all different types of food. I like to bake too. I make this pasta dish that is going to sound super weird, but I promise you it’s totally delicious. It’s baked ziti with Italian sausage and pumpkin.

Tiya: I know! I mean, I love pumpkin and who doesn’t love sausage? Unless you’re a vegetarian maybe. It’s spicy Italian sausage, pumpkin puree and a lot of other delicious spices. It’s pasta, so you can’t really go wrong.

Now I’m going to have to look up that recipe. My final question, I don’t want to keep you too long. What was your favorite part of filming Miss India America? Was there a scene that really stuck out to you? A scene that was really fun act out and film?

Tiya: I would say the pageant portion was totally foreign to me. I’ve never compete in a pageant and I don’t think I ever asked to be in a pageant, but I’m sure my mother would have not let me do that. Which I’m okay with. I didn’t even know that there was a Miss India America beauty pageant; it was kind of new to me. Funny enough, the girls who played the pageant contestants in the movie, most of those girls are beauty pageant winners or runner-ups or contestants. Specifically the Miss India America pageant, so that was cool because the talent portion in the movie, a lot of those girls-those were actually their talent that they used when they competed in their pageants. Because it was such a foreign world to me, getting to pick their brains and how the whole experience goes was really fun. Hopefully you can tell in the movie that the pageant part is a crazy, wild time.

And you got to wear some gorgeous costumes, so that was a plus I bet too.

Tiya: That was definitely a plus. I know there’s some actors that say ‘I hate to dress up!’, but I love to dress up!

Same! Thank you so much for your time. Can’t wait to see more of your work.

You can watch Tiya in Miss India America releasing on digital HD and on demand April 5!