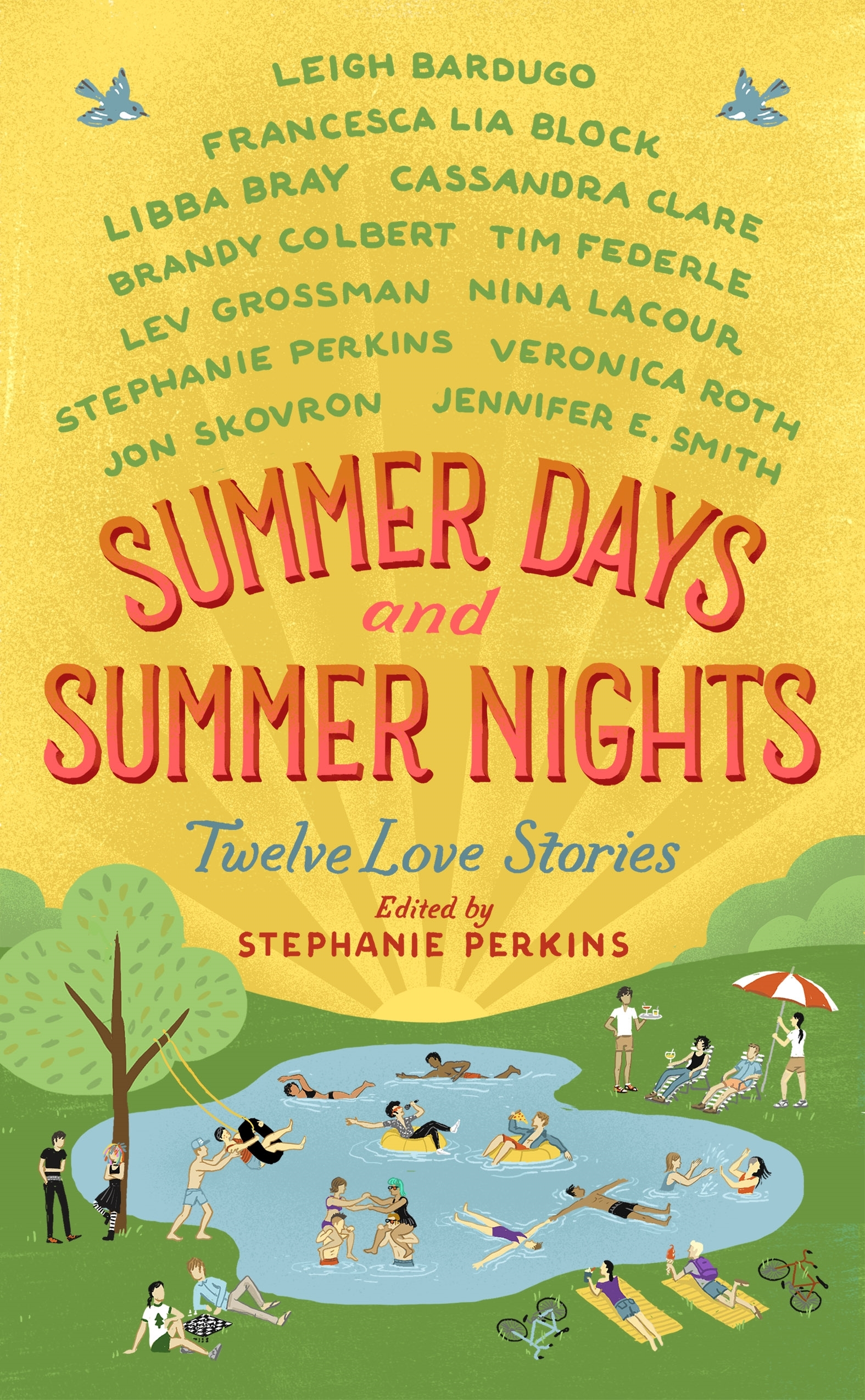 Maybe it’s the long, lazy days, or maybe it’s the heat making everyone a little bit crazy. Whatever the reason, summer is the perfect time for love to bloom. Summer Days & Summer Nights: Twelve Love Stories, written by twelve bestselling young adult writers and edited by the international bestselling author Stephanie Perkins, will have you dreaming of sunset strolls by the lake. So set out your beach chair and grab your sunglasses. You have twelve reasons this summer to soak up the sun and fall in love.

Summer Days & Summer Nights is the first anthology I’ve ever read. I didn’t know what to expect, all I know is I’m not a short-story person. Fortunately, it turned out better than what I anticipated it to be. For me, it’s split into three categories. There are four stories that struck me, and gripped me, followed by four stories that are ordinary, but doable, while the remaining four stories doesn’t belong to this collection.

This has the same story telling as The Summer of Chasing Mermaids, except I like the former much better. It’s a combination of contemporary mythology in a small country town.

This is where the pace of the anthology picks up. It tackles family drama, making friends, and a cute f/f pairing. I felt like I was reading a Hayley Kiyoko book.

After reading Bardugo’s story, I finally grasp this is not a realistic-contemporary anthology. However, it’s a mixture of the former, and modern paranormal. I read some of Bray’s books, and I like how she crafts her plot, but I find myself sordidly disappointed with this. It’s an odd story trying to pass as Night Film by Marisha Pessl.

What derailed me from liking this story is how the narrator called herself and her friends on a first initial basis. J, M, N, it confuses me. Frankly, it’s annoying. Do people really call themselves like that in real life? Overall, this imparts a great message to its readers. I just felt disconnected to it.

I love, love, second chance romance. Perkins perfectly captured that vibe. This is such a swoon-filled story, perfect for romance contemporary readers.

The concept of this story is so cute and endearing. I love the “fun” tone of it. I’d say, this is the most entertaining read of the bunch.

The introduction of this short story was boring, but it got better in the end. I’m not a futuristic person, so I’m not surprised by my verdict.

This started on a hopeful note. I love the characterization, and the quirky narration. However, the build-up for the characters’ get together was anticlimactic.

Brandy Colbert’s story easily becomes one of my favorites. With very limited page count, the story managed to carve a depth for the characters. It tackles hard-hitting topics as well. This stands out from the rest.

This is another odd story of the bunch. I guess, I expected much better than that from Clare. Fighting demons + love potions + family’s betrayal + falling in love. I suppose, that’s a trademark Clare stamp, one that I didn’t like at all.

I like this story. It’s cute, but I wasn’t invested with it at all.

This is the most boring story from this anthology. I don’t have any positive things to say about it.

Over all, I really like Summer Days & Summer Nights: Twelve Love Stories. It’s noted Perkins and her contributing authors made it as diverse as it could be. There’s LGBT characters & pairings, mental health issues, racial diversity, and more. The only thing, I could complain is out of the twelve stories, five of them have characters color on it, but only one of them are written by an author of color. If publishing industry wants to thrive for inclusivity, especially for racial diversity, my advice: include more authors of color.

This book is highly recommended to fans of anthologies, especially My True Love Gave to Me: Twelve Holiday Stories.

Review is also posted at Goodreads.

Stephanie Perkins has always worked with books—first as a bookseller, then as a librarian, and now as a novelist. She’s the author of the international bestsellers Anna and the French Kiss and Lola and the Boy Next Door, as well as Isla and the Happily Ever After. My True Love Gave to Me: Twelve Holiday Stories is her first anthology. Stephanie and her husband live in the mountains of North Carolina.