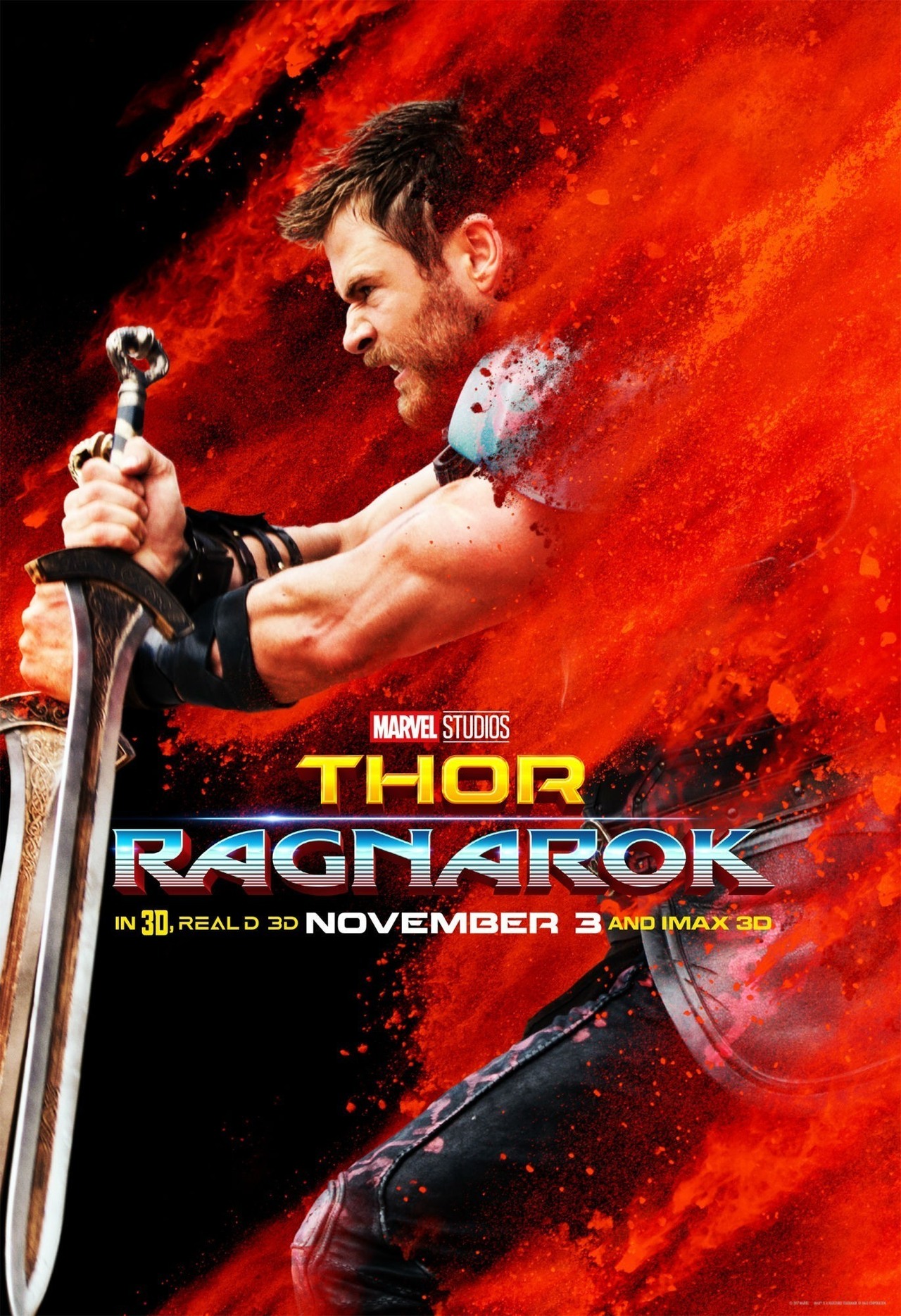 Check out our film review of ‘Thor: Ragnarok’ below! Dark. Gritty. Intense. These words could be used to describe the overall tone of many entries in the Marvel Cinematic Universe—but not so much the latest one, Thor: Ragnarok. Let’s try some more words on for size. Audacious. Bold. Wild. And a whole hell of a lot of fun.

That about sums it up. But before we go deeper, let’s set the stage. In Ragnarok, we reconnect with Thor (Chris Hemsworth), who sat out Civil War. He’s been dealing with his own problems, as we learn in about as close to a *record scratch* *freeze frame* meme moment as you can get. Thor has set out to stop Ragnarok, a mythological event that will bring about the destruction of Asgard, before returning home.

This isn’t much of a spoiler, because despite the title, Ragnarok is very much in the background of this movie. The events sparked by Thor’s return home quickly become a much bigger focus, drawing Loki (Tom Hiddleston), Bruce Banner/Hulk (Mark Ruffalo), and new characters including Goddess of Death Hela (Cate Blanchett), Valkyrie (Tessa Thompson), and the Grandmaster (Jeff Goldblum) into the action.

Ragnarok is one wild ride, leaning hard into humor and embracing the, well, out of this world possibilities presented by the many realms Thor & Co. can travel to. From Asgard itself to the scavenger/gladiatorial setting of Sakaar, we’re a long ways off from another story set in the streets of New York City (at least, most of it is). There are new, physics-defying locations, new ways of life, and new creatures—including Korg (played via motion capture by director Taika Waititi), who looks like a stack of rocks and might just be my new favorite character.

Hemsworth is once again fantastic as Thor, doing great work with the humor but also showing just how much the God of Thunder has grown since his first appearance. There’s real depth in how his attitude towards home and his family has changed and how much he cares for his people. Of course, there’s also magic in his interactions with Loki (up to his usual tricks, more or less), Hulk (killing it on Sakaar), and the new characters—as well as one other hero you just might recognize.

On the villain side, we have the Grandmaster—swaggering and hilarious, with more power than is probably wise—and Hela, who presents a much more serious threat. Cate Blanchett seems to be having a blast as the Goddess of Death, who has some very cool powers and minions and is a serious badass.

There is a lot going on in this movie, and yes, some of the best moments (He’s a friend from work!) are in the trailer. But it will keep surprising you and absolutely keep you entertained throughout. It’s starting to feel like a lot of the superhero movies—whether Marvel or DC—are, well, the same. That is most certainly not the case in Ragnarok. It’s the kind of bold fun (and great soundtrack) that Guardians of the Galaxy is or should aspire to be, depending who you ask.

Let’s put it this way: my one-word review as the credits rolled? #Blessed. I think I have a new favorite Marvel movie, and you just might, too.