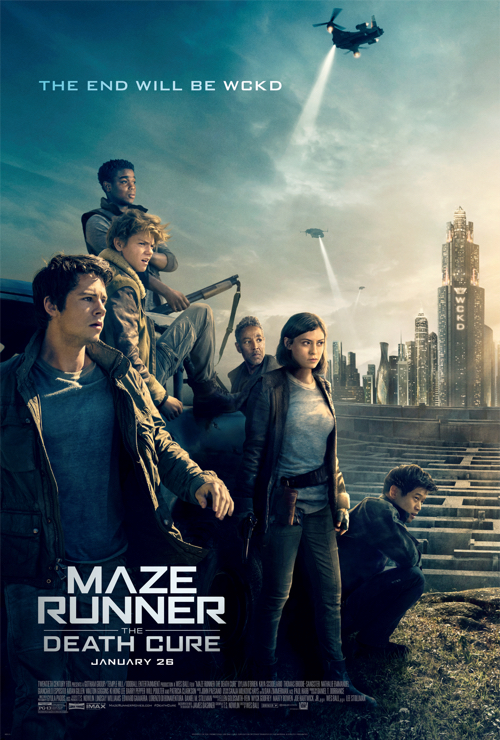 Check out our film review of the The Maze Runner: The Death Cure below! SYNOPSIS:
In the epic finale to the Maze Runner saga, Thomas leads his group of escaped Gladers on their final and most dangerous mission yet. To save their friends, they must break into the legendary Last City, a WCKD-controlled labyrinth that may turn out to be the deadliest maze of all. Anyone who makes it out alive will get answers to the questions the Gladers have been asking since they first arrived in the maze.

From the moment the movie lights up the screen, to the very end, The Maze Runner: The Death Cure is nonstop action. What sets it apart from other action-heavy films is that this film is equally about heart.

Firstly, I want to give major props to the visual effects department, because they made every single sequence so realistic and powerful that it allowed the audience to completely get lost in the film. I never once felt like what I was seeing on the screen was in any way unauthentic. It just felt so real – and this is something that films heavy in visual effects often struggle with. The pacing of all the action was also nonstop. There never was a lull in the action or a lull in the storyline. It played out perfectly and in a very consistent pace that allowed for a seamless movie-going experience.

All of this action and insanely huge moments onscreen, and yet still the film held onto the heart of the story. There were so many tear-jerking moments, so many moments of heartbreak, moments of regret, and moments of redemption. The film highlighted a wide array of emotions and never lost sight of what was important to the fans – the characters. The deep friendship Thomas shares with Newt and Minho are what drives everything. The complicated dynamic between Thomas and Teresa has never felt more polarizing. This group of kids is faced with the most impossible of circumstances and they’ve had to grow up a lot quicker than they should have had to.

My only complaint about the film is the ending – it leaves you wanting more and questioning what happens next. It didn’t quite feel like a series finale, but more like an ending with another film to come. But unfortunately for us fans, all good things must come to an end.

MAZE RUNNER: THE DEATH CURE will be in theaters everywhere on January 26, 2018!