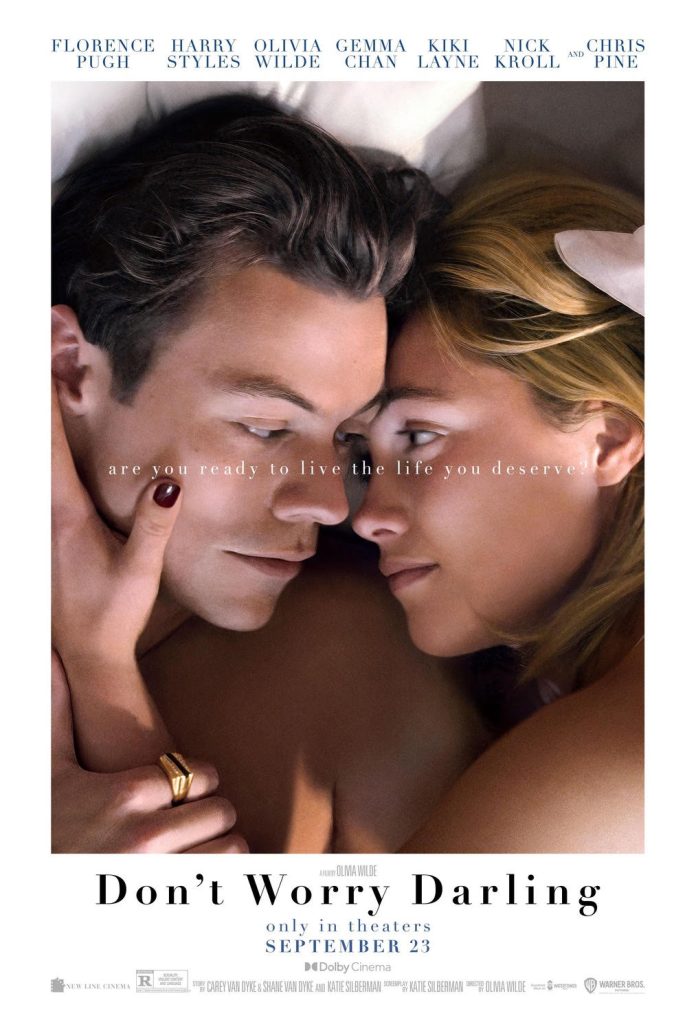 Olivia Wilde’s sophomore effort has been featured to several interesting headlines, most of which are unrelated to the film. From director/actor conflicts to an alleged spitting incident, “Don’t Worry Darling” has definitely made headlines.

The story picks up with Alice, who lives in a community designed with an utopian bend. Each resident works for a company managed by the charismatic Frank, a mysterious and persuasive visionary. Alice begins to believe that Frank may be hiding disturbing secrets behind company walls. After a resident goes missing, Alice will stop at nothing to uncover the disturbing history of Frank’s company.

The best thing about the film is the overarching idea. The story has some intriguing ideas that elevated the tension throughout the film. Florence Pugh gives another committed performance, too. Having a sympathetic lead in this particular story was very important to establish. Luckily Pugh was up for the challenge.

The imagery and cinematography was very effective as well. It created an eerie tone throughout the film and added to the uncertainty that Alice was dealing with. Chris Pine gives a good performance, but I wanted to see more of him. Unfortunately, each good aspect of the film has a hook in it, which makes for a pretty frustrating experience.

I’m not going to say the film is a total misfire, but it wastes the intriguing concept that it sets up. This has to be one of the most up and down movie experiences I’ve had in a while.

The first act is a bit slow and gets repetitive with the stylistic visions that Alice is experiencing. The story takes a while to get going and doesn’t utilize the runtime to effectively set up the next act of the story.

The second act is really where the film excels. The tension builds and builds while the mystery starts to come full circle (or so we thought). We’re featured to an incredibly tense and revealing dinner sequence that showcases the talents of Pugh and Pine. The story then takes a nosedive and rushes to tie up the many loose ends that were established earlier.

Almost none of the resolutions that are given make much sense or add up to a satisfying conclusion. I just couldn’t fathom some of the decision making. I understand where Wilde was going, but I think a simpler resolution could have made for more of an impact.

“Don’t Worry Darling” is like an unfinished puzzle. The larger vision is there, but the missing pieces hinder the ability to see where they were going with things. Unfortunately, the stylistic aspects can’t carry the muddy story beats that are imperative to make it successful.

This one goes down as a mildly satisfying film that could have been so much more. So if you go in with tempered expectations, it might be fairly enjoyable.