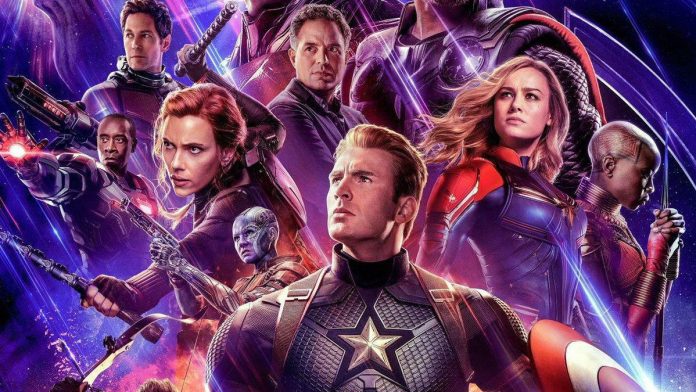 We’ve come to expect great things from Marvel, but the anticipation for Avengers: Endgame is on an entirely different level. The film not only represents a massive crossover effort and the follow-up to one of the most devastating cliffhangers in recent pop culture memory – the elimination of not only some of our favorite heroes, but half of ALL life in the UNIVERSE in last year’s Infinity War – but the culmination of ten years of the Marvel Cinematic Universe. Endgame more than delivers for fans, coming through with an epic, surprising story that represents the end of an era while paying homage to all that’s come before.

I’ll be honest, I kind of wish I could write this review entirely in Groot-speak – both to avoid spoiling anyone who hasn’t seen Endgame yet and because it’s hard to sum up everything that this movie represents and references. So I’ll start by saying I am Groot. (Translation: some spoilers ahead. You have been warned.)

We’ve spent the past year speculating about how the Avengers would defeat Thanos and bring back everyone they lost. After this year’s release of Captain Marvel, it seemed certain that Carol Danvers would be more than up to the task of facing off against the big purple meanie. But Endgame quickly derails expectations, taking the plot in an entirely different direction and raising the stakes altogether.

We’re used to seeing our heroes figure things out. Even when the situation seems tough, the odds stacked against them, the villains too powerful, they persevere and make a win happen. Now they’ve lost – several times – and the question of what to do next is hazier than ever before. Not only that, but they have to contend with whether there is even anything else they can do in a post-Thanos universe – and if not, how they can move on. This puts the remaining Avengers in an unstable position they aren’t used to, and seeing how they handle it – some much better than others – is one of the most interesting elements of Endgame. While some double down and carry on with their own missions, we see entirely new versions of some of our faves – sometimes to hilarious and sometimes heartbreaking effect.

Of course, we know that with more MCU sequels on the horizon and the need for a win all around that there will eventually be a plan and a reassembling (if you will) of the team. Once this part of the plot gets moving, viewers are treated to an ambitious series of callbacks to previous Marvel movies – which is again in turn hilarious, heartbreaking, and just plain awesome to watch. It’s also an impressive home entertainment campaign for the previous 21 films in the MCU, because you will likely leave the theater ready to rewatch many of your favorites (if you didn’t already in preparation for Endgame).

What else can I tell you? There are some incredible character moments, big and small, which really make it a joy (even when it hurts) to experience this three-hour plus film. The various team-ups between iconic pairings and new ones continue to be delightful.

If you are a Marvel fan who has been on this MCU journey for any amount of time, you’re going to want to see Endgame in a theater ASAP to experience it with fellow fans and be a part of this moment. While I can’t wait to see what happens next, this is the end of an era and it’s going out in truly epic fashion.

Avengers: Endgame is in theaters now.