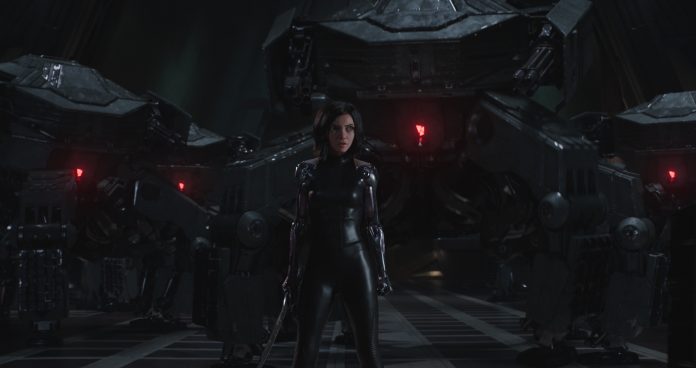 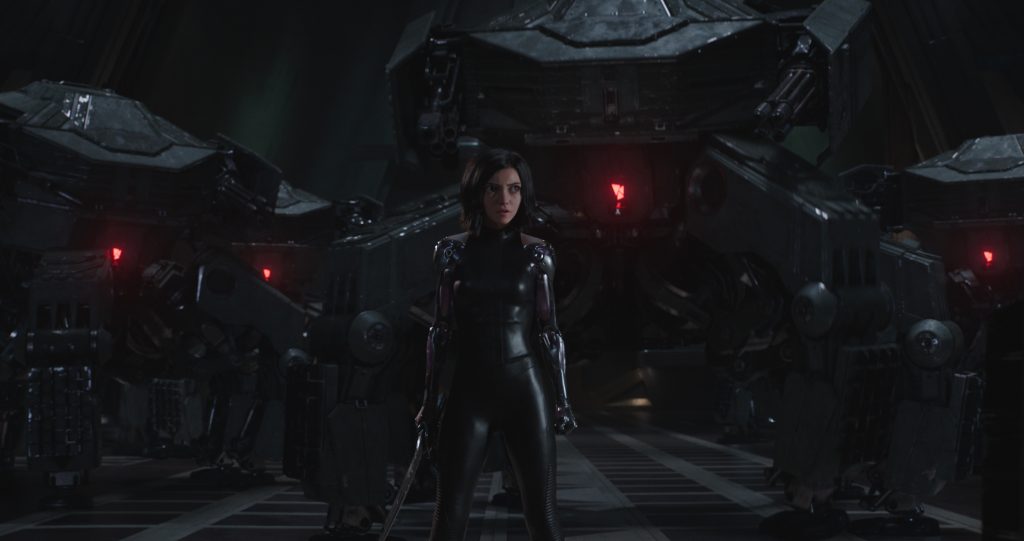 Where James Cameron is involved, there are titanic expectations. Alita: Battle Angel lives up to these in some ways – particularly the stunning visuals, both for cyborg Alita herself and the expansive cyberpunk city she resides in – and the kickass action. It falls short in others, such as a story that lacks real stakes (hello, cliffhanger and the promise of sequels) and some of its treatment of feminism. There’s a metaphor for Alita and her fellow cyborgs herself there somewhere – some good parts, some bad parts, but overall pretty damn cool.

Of course, Cameron is not solely steering this ship (okay, I’ll stop with the Titanic puns). He served as a producer and shares script credit with Laeta Kalogridis (who also worked on Avatar), and Robert Rodriguez (Sin City) directed. The film stars Rosa Salazar as Alita, who is found abandoned in the scrapyard of Iron City by Ido, a compassionate cyber-doctor who basically adopts and rebuilds Alita.

When Alita awakens, she has no memory of who she is, nor any recognition of the world she finds herself in. Watching her discover her world (oranges! chocolate! sports!) is sweet against the dystopian cyberpunk backdrop – especially when Hugo (Keean Johnson) comes into play as her love interest.

But it’s not all fun firsts for Alita – the streets of Iron City are treacherous, and Ido tries to shield her from her mysterious past with varying degrees of success. From bounty hunters to the hardcore sport motorball and the mysterious inhabitants of the city above Iron City, dangers abound. Mahershala Ali is giving us all the Matrix and Jupiter Ascending vibes, which is something I didn’t know I needed (and am still not entirely sure that I did).

The bounty hunters and motorball are where things get really cool, and where Battle Angel is at its best. We get to see the motley crew of cyborg bounty hunters – of varying and sometimes superhuman shapes and sizes, and even a pack of cyber dogs – and Alita straight up kicking ass. One action sequence in particular, featuring Alita facing off against a foe who seemingly has her massively outsized and outgunned, left me with a huge grin on my face from how unexpected and intense it was. Based on visuals alone, this movie is worth the price of admission.

And then there are the less-good parts I mentioned. The story has moments I loved, like the love story between Alita and Hugo and the unconventional action scenes, but ultimately the big picture is an unsatisfying setup for sequels that haven’t even been announced. Haven’t we already been there with Avatar? Aren’t we still? On the feminist side of things, there is a truly cringe- and/or snort-worthy line (take your pick) when Alita gets a new body, complete with larger breasts (because that’s how she ‘sees herself’). Since she is a cyborg, the question of why sexualizing her body is even necessary definitely comes to mind. Jennifer Connelly, who plays Ido’s ex Chiren, is given some interesting things to do but the ultimate treatment of her character (without going too far into spoiler territory) is again somewhat problematic.

Despite these sometimes frustrating elements, I did really enjoy Alita: Battle Angel overall. The visuals, especially in 3D, are truly impressive and Rosa Salazar is an unconventional and unquestionably badass action hero as Alita. There’s no question that the world needs more of those – I’d just love to have more from the perspective of the female gaze. In the meantime, this one is worth checking out.