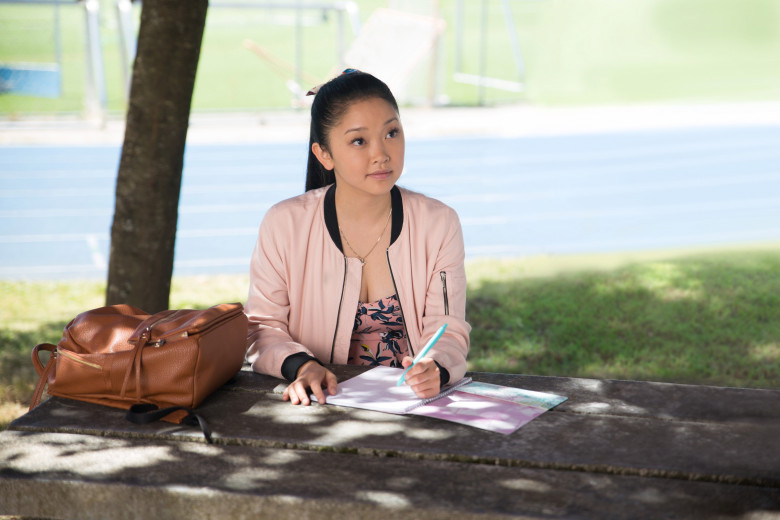 Hollywood News Source got an advanced screening of Netflix’s film adaptation of popular YA series ‘To All The Boys I’ve Loved Before.’ Check out our thoughts on the film below!

When her secret love letters somehow get mailed to each of her five crushes, Lara Jean finds her quiet high school existence turned upside down.

The movie begun with Lara Jean, played by Lana Condor, imagining herself as a regency heroine. She’s out in the field having an illicit affair with her sister’s betrothed, which is somewhat a parallel to her real-life situation. Here’s the thing, Lara Jean used to be in love with Margo’s boyfriend Josh (Israel Broussard.) He happened to be her first love before he became her older sister’s boyfriend. Sounds complicated right? Everything went downhill when a mysterious person mailed her love letters to her five old flames.

One of the receivers of those letters is Peter Kavinsky (Noah Centineo), the most popular guy at her school; her childhood friend; her first kiss. To make things more difficult for Lara Jean, of course, Josh also received his own love letter! To save face and to convince Josh it was all in the past, Lara Jean and Peter connived a fake-dating contract. It was a make-believe ploy for Josh’s benefit and for Peter’s ex, Genevieve (Emilija Baranac). It was all fun and games until someone fell in love.

“To All The Boys I’ve Loved Before delivered a teen flick that’s going to be heralded as a rom-com classic years from now on.”

Based from the best-selling novel of the same title by Asian-American author Jenny Han, the film mainly feature actresses who are of Asian descent. The story follows Korean-American teenager Lara Jean and her sisters; played by Vietnamese-American actress Lana Condor. What’s beautiful is the plot didn’t revolve around her race, though the story never erased or downsized her identity. As a matter of fact, I love that her hippie gynecologist dad is constantly making an effort at honoring his daughters’ heritage. This is why I fell in love with the books and now the film. I love those little details. Hopefully with the success of this adaptation, there will be more push for Asian voices — especially in authentically representing people of different backgrounds.

Staying true to its roots, the movie delivered a teen flick that’s going to be heralded as a rom-com classic years from now on. As a huge fan of the books, I went in with this enormous expectation and I was extremely happy with the product.

This Netflix original is very teen appropriate, it didn’t edge away from hot-topic issues such as sex positivity, racism, and feminism.

We have a batch of relatable characters that are internet savvy, especially Lara Jean, who’s head is always in the clouds. She has this massive room with Tumblr’s approval of aesthetic, she’s a fashion icon, she loves to read romance novels and she’s quite a mess. Sounds like every other introvert YA reader that I know. I personally love the camaraderie of the main character and her sisters. There’s slight changes from the books to the movie, but it was a transition that made it perfect for the medium.

I’m not going to spoil anything, but Noah Centineo is the perfect casting for Peter. I swooned. I love the awkward fumbling and sweet moments. It was a tender and slow-burned romance. It was short and fast paced. The ending left an open note for a possible sequel. I am crossing my fingers because I cannot get enough of this movie.

With its catchy soundtrack and aesthetically pleasing backdrop, To All The Boys I’ve Loved Before is a comical and swoon-infected flick. I seriously cannot recommend it enough, I have to watch it twice.

To All The Boys I’ve Loved Before launches globally on Netflix August 17!