We attended the Comic-Con press room for Marvel’s Iron Fist where we spoke with Jeph Loeb, Alice Eve and Simone Missick. Check out what they had to tease for Season 2, which premieres on September 7th. 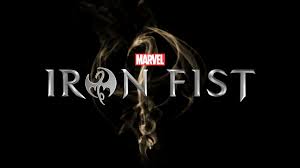 ​Iron Fist Season 2 features ​Danny Rand (Finn Jones)​ ​as he fights against the criminal element corrupting New York City with his kung-fu mastery and ability to summon the awesome power of the fiery Iron Fist.

Season 2 furthers the transformation of Danny​, a character with a fish out of water coming of age story making his way in a harsh new world, battling to work out who he is. This season, Dann​y​ has promised that with Matt Murdock gone, he will step up and protect his city. ​But a sinister plot twist threatens his very identity ​and he must conquers his villains to protect the town and people he holds close to his heart.

Netflix announced that Marvel’s Iron Fist Season 2 will debut globally on September 7th at 12am PT!