We got the chance to review the film “POMS” ahead of its release date. Check out what we thought about the film below! 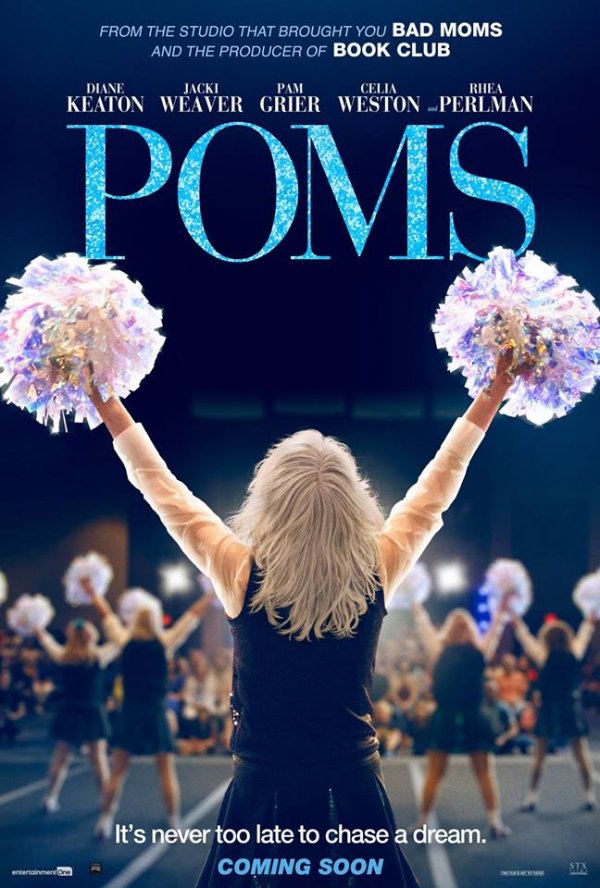 Get your pom poms and spirit fingers ready, because POMS is absolutely cheer-worthy! POMS is a heartfelt and hilarious must-see comedy. The film is a perfect balance of heart and comedy. Without spoiling too much, a group of unlikely heroes form when a small group of elderly women join together to create a cheerleading club at their retirement community. With this, shenanigans ensue. We have hilarious dancing, surprising antics by the cheerleaders, and powerful one-line zingers by Jacki Weaver.

POMS is also led by an ensemble comedic cast with beautiful performances. Diane Keaton captivates the audience in a way we haven’t seen from her before. Jacki Weaver cracks me up throughout the film, and together forms a bond with Alisha Boe’s character, resulting in an inspiring duo we didn’t know we were missing. The two of them are definitely scene-stealers, and embody the two generations coming together in a beautiful way. The film also has moments of heartbreak, moments of frustration, just as life does. It makes it a very relatable and satisfying cinematic experience.

POMS is a powerful drama all generations will fall in love with. I highly recommend the film. POMS will be released by STXfilms on May 10, 2019!