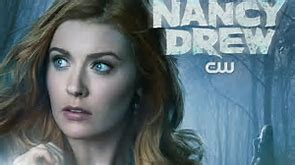 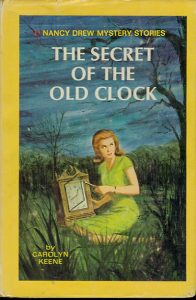 Nancy Drew has experienced a lot of changes and updates since she was originally introduced in the 1930’s.  What hasn’t changed is the character’s desire to get justice served using her brains, curiosity and tenacity.  And bravery, let’s not forget that.  The newest rendition of this time-loved character can be found on the CW beginning October 9. That’s right folks, you can watch it now.  And if you are interested in crime-solving with a supernatural twist against a background of a town with its own stories to tell and a “Drew Crew” of diverse characters, then get ready for your new favorite show.

I was lucky to attend a press interview with the cast of the CW’s Nancy Drew.  Attending were Kennedy McMann (Nancy), Maddison Jaizani (Bess), Leah Lewis (Georgia), Tunji, Kasim (Nick), Alex Saxon (Ace), Scott Wolf (Mr. Drew) and executive producers, Stephanie Savage, Josh Schwartz, Melinda Hsu-Taylor and Noga Landau. They were lovely and had really great things to say about their characters and the direction of their show. 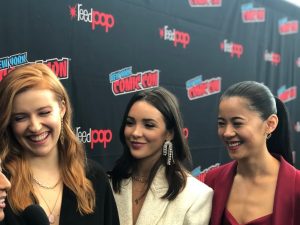 McMann thinks her portrayal of Nancy is true to the character’s roots while allowing “her Nancy” to live in the modern era.  She describes herself and the show’s writers as “major Nancy super fans who do not want to do her wrong.”  The difference is that we will be seeing Nancy as a “real person who makes emotional sacrifices and then must live with the consequences of her choices.” She noted that in the original 1930 stories Nancy was someone who “it always worked out, at the end of the day she is still the perfect daughter and the perfect girlfriend and she’s accomplished it all.”  She says her Nancy has consequences to live with and life gets messy and ultimately it makes for much better TV storytelling for her to be more relatable and less perfect.

I won’t get into spoilers here, I will just encourage you to take 44 minutes and watch the pilot on the CW. You won’t be disappointed.  You can watch videos of the full interviews of the Nancy Drew cast & creators below.